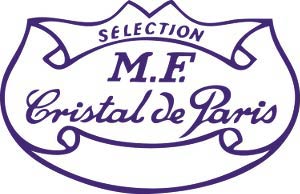 The Cristal de Paris brand was created in 1970 by Marcel FERSTLER and specialises in cutting, decorating and polishing crystal objects. Today, it has 18 employees and exports to more than 50 countries, with these exports accounting for 70% of its turnover.

Pâte de verre (‘glass paste’) made its appearance in the collection in 2002. Its innovative combination with transparent crystal immediately won over consumers and became a mark of Cristal de Paris’ ‘STYLE’.

Since 2005, Guy and Gilles FERSTLER, the sons of the founder, have continued this family tradition of fine objects.

Cristal de Paris has continued to keep its production tools at the cutting edge, with the latest generation of acid polishing lines installed in June 2014.

Thank you for contacting us.
We'll be reviewing this shortly.

Request to Sync Products with